Intel Corps Admin
0Posts
75Reputation
221Credits
Overlord Edition
First Lt.
3 years ago
#14 Quote
To All Users: The new Terms of Service make it legally safe for Rival Rebels & Rgiant to take your suggestions, here is the relevant part of the policy

Warning: all the contributions you submit, post, suggest, including UGC (user generated content) and any feedback on or to this website legally belongs to Rival Rebels, so be careful with what you submit because you lose any rights you have on it.
This makes it possible for Rodol to incorporate ideas that you guys have, without having to worry about someone suing him for having used their idea. It also lets us delete, share, or edit posts or buildings that you make in the game.
Also, be careful not to suggest things that belong to other games, movies or anime, you can not claim other’s ideas as your own. Make sure any suggestions you post are original.

0Posts
65Reputation
0Credits
Big Edition
3 years ago
#31 Quote
all the ancient idea + some new one
1- A turret custom I.A module Grade (dum.Half-dum.avrage.Half-inteligent.Inteligent.Avenced) they beacome more expecive as the grade evolve

3-More idea I dont know if it is possible for you but un online demo vertions of the game (avelable and playable only via the web site) a ferly limited one graphic set on the minimal no multiplayer …. it’s all up to you

6-new deltoid class like (hevy fixer scout)... and a system were a scout serch player base and reaport it's positons to an out-post that will lunch an attack force to cruch the base if player don't destroy the scout in time

8-Deltoid colors panel depending on is level and type

To all Keep in mind i don't have a copy of the game yet, some idea can already be  present I base my self on the forum end video
2
Black's out
Max_Pendragon 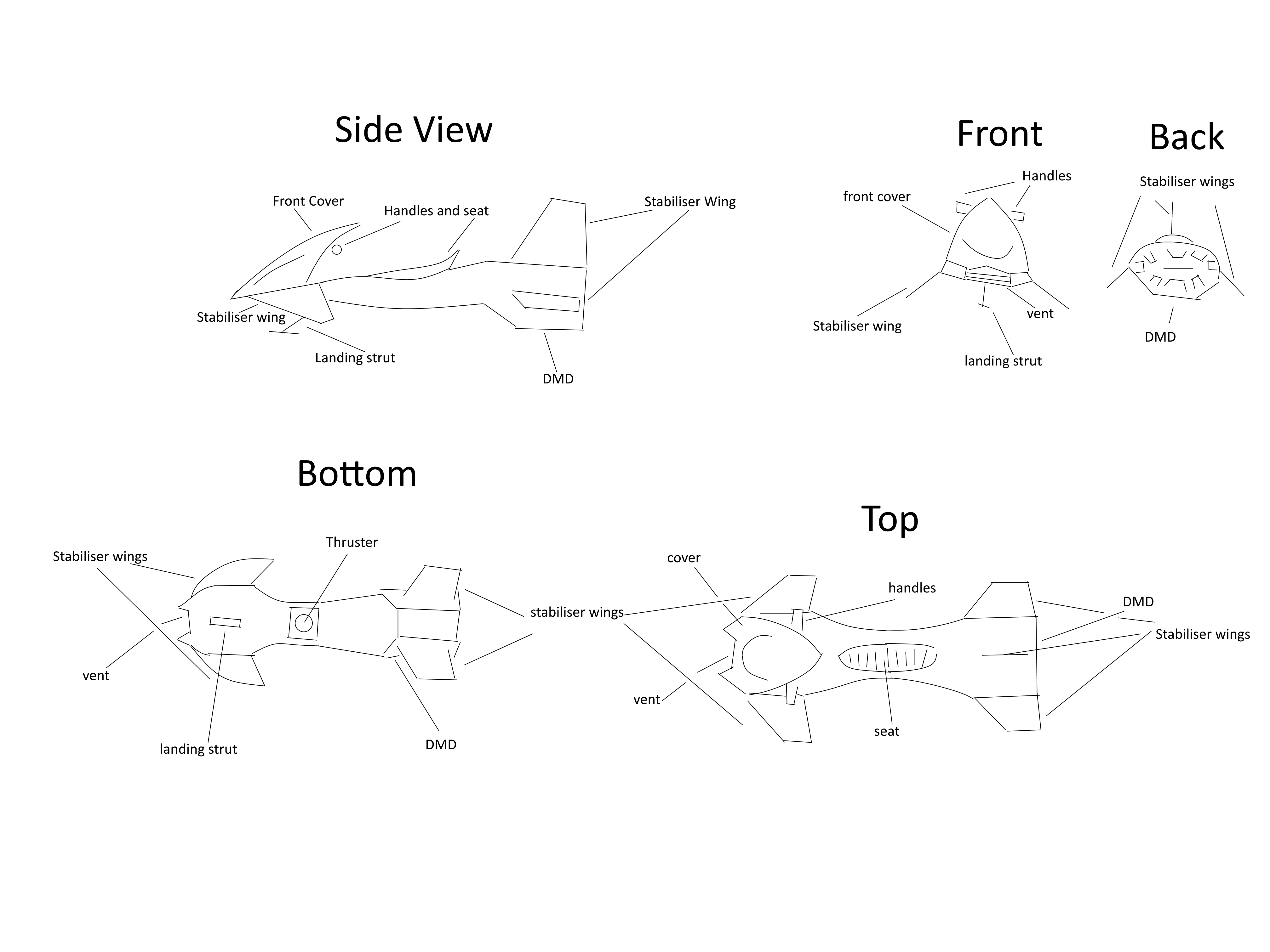 Intel Corps Admin
0Posts
75Reputation
221Credits
Overlord Edition
First Lt.
3 years ago
#1052 Quote
This will be a masterpost I shall edit for all my future suggestions to enable rodol to use them.
for the workbench I was thinking like how the painter room is where it shows your 3d model but you can select nearby parts from a list on the left when you click on a slot (which would be highlighted constantly) to apply them.

For pliers you could potentially have a mode selector to have it prioritize a function,to have it search for slots only, or detach only, etc. That way you don't detach when you are trying to attach something. This could be done with potentially a small toggle GUI that appears when holding pliers out similar to how holding the shaper displays a much larger GUI.

A variant of the cargo pod designed with one or two seats inside with a window on a front mounted door that players can enter and sit inside while looking out to act as a drop pod for air deployment into dangerous field zones. Potentially with a small interior weapon rack for a single weapon for some extra firepower storage.

Another land-based vehicle with wheels instead of any thrusters or hover based power to sacrifice flight capability for better traction and steering on land. Suggested name PROWLER
1
Sour

Just something to help take on nuke air raids, or you could have an enemy AI that uses this mechanism
1
Every Sci-Fi story needs at least one Paddy in it
Rhodes3
0Posts
49Reputation
0Credits
Major
3 years ago
#1060 Quote
I know this is very big and I do not know wether it is possible or not, but I would love to see massive starships with massive crews that you can walk around.
Also I would love to see a handhelt homing laser guided heat seeking tactical nuclear missile launcher (like the M202 "hack" from the mod but with guidance)
2
Lampa

0Posts
301Reputation
36Credits
Elite Edition
3 years ago
#1061 Quote
If you were to do that you would have to manage moving all entities in the ship along with the ship,
unless you keep the ship stationary and, if entering an enemy battle with another ship, would have to teleport the ship in front of the enemy along with everyone, preferably via a loading screen, with both ships, enemy and yours being stationary, in order to reduce lag.

Similar to old star wars battlefront, where you could travel between two ships and go inside without lag, due to the ships being stationary and, therefore, not need much to load as it isn't moving.

Also, if the "hack" missile is to be brought in, make sure there had to be an extra part for co-ordination so you would have a haywire missile, if fired without a co-ordination system in place... just for fun really
1
Every Sci-Fi story needs at least one Paddy in it
Stewy